Why we are Doomed by Stable Interest Rates

Why we are Doomed by Stable Interest Rates

The Reserve Bank of Australia as once again left the cash rate at 1.50% following trends of dormancy since 2016.

For two years the CBA has left the cash rate target (CRT) in an impossible tortoise race boasting no movements. We see the last change in July 2016 witnessing a .25 % change. Nothing too enticing but a decline from the previous three months, until then we had waited an impatient 11 months to see any change.

Although we are happy interest cash rates are lowering we are left worry-some that the stagnant figure only has one way to go; up.

In 1990 the first reported cash rate target was 17.50%. A shocking number leaves us grateful for our 1.50%. However we have seen more progress and fluctuation in previous years. What will happen to our economy without rising and lowering CRT’s, and what does this mean to our small business reliant on RBAs forecast? The 2009 financial crisis forced many small businesses to close doors and board up windows, regardless of Government handouts to consumers. The CRT wiggled through .25 point increases monthly after a 12 month pause in 2006. It wasn’t until a year later we began the decline over five years bringing us to a halt on 1.5% CRT.

With the evidence of a reforming pattern in poor financial circumstance it is possible to see history repeat if a second financial crisis arises. We would be looking at close to a 500% increase, sparking fear in small business. However the Reserve bank of Australia remains hopeful as business conditions are positive and the outlook for non-mining investments has previously improved. The increased public infrastructure investment proves to be supporting the economy.

“The low level interest rates is continuing to support the Australian economy” Governor Phillip Lowe addressed in a statement after the CRT announcement. “Further progress in reducing unemployment and having inflation return to target is expected, although this progress is likely to be gradual.” CBA faces enquiries into how our economy and CRTs will inflate. Will we be faced with uncertain increases circa 2008, or will we see reasonable, and competitive change?

The RBA believe the outlook for household consumption was a “continuing source of uncertainty” due to household debts outweighing incomes. Consumer spending has been under pressure due to sluggish wage growth, resulting in holding back on CRTs.

It’s expected national salary increases will hold the key to expanding our consumer spending and inflaming interest rates. This provides positive hope our economy will not take a dive; yet displace healthy inflations within our economy. Have we learned anything from the 2009 financial crisis and do we have the sense to recognize patterns in our economical statistics to improve our financial status?

Ayhan Kose, Director of the World Bank’s Development Prospects group said the 2009 crisis was the most crushing recessions of the top four global economical down falls.

“… And the only one during which world output contracted outright – truly deserving of the Great Recession’ label.”

As the CRT remains stable for a 12th month, we must look back on the trends from 1990 to now in understanding how economy may fall or rise.

The Reserve Bank of Australia as once again left the... 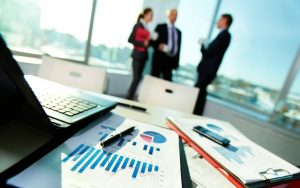 Our digital data and privacy are a heated discussion lately...